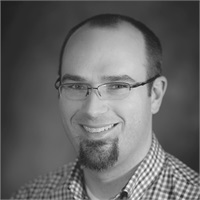 “Fight the good fight, finish the race, keep the faith.”

Ben Orner has worked as a wealth advisor since early 2021, but his connections with the financial industry go back several years. Reggie Boan, a fellow advisor at Blackbridge Financial – Irmo, has long served as his friend and financial advisor. Ben completed his MBA in the fall of 2020 and as the firm expanded, Ben was given the opportunity to use his data analysis and management abilities, leading to his eventual role as wealth advisor.

He models his professional life after Colossians 3:23, which translates into treating others with respect and putting their interests first while giving his best effort in everything he does. Ben’s motivation lies in being able to give people good news regarding their retirement planning and helping people get their planning on track. He especially values the variety that the job brings and the unique story that each person has to share.

Ben holds a Project Management Professional (PMP) certification and is pursuing his CFP. Before becoming an advisor, he worked at the State of South Carolina in the Department of Disabilities and Special Needs for 12 years. Ben has spent his career helping others through government service and has now entered a new realm of direct one-on-one assistance in preparing people for their futures.

While having grown up all over the world, Ben has lived in Irmo, SC for the past 20 years where he met his wife and now has 2 kids. When not in the office, he enjoys playing soccer in a local men’s league, reading a good book, and spending time with family. He and his family are huge Disney fans and enjoy trips to Disney World.